Although he’s often closely associated with the Lone Star State since originally taking up residence in Dallas, Texas in the early ’90s, vocalist/guitarist Shawn Pittman is actually an Oklahoma native. Pittman was born in the small town of Talihina and raised in Norman, a city located in Cleveland County, Oklahoma. At eight years old he began taking piano lessons under the encouragement of his mother, but later began sneaking into his older brother’s room to play on his drum kit. By the age of fourteen he had switched to guitar and was soon introduced to the mysterious sounds of Lightnin’ Hopkins and Muddy Waters by Braken Hale, a good friend and member of his seventh grade football team. Their friendship would prove significant as Hale would later collaborate with Shawn on writing material for many of his albums. 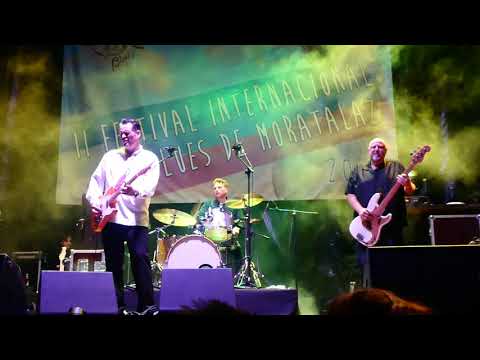 Pittman moved to Dallas, Texas when he was seventeen years old where he attended the Booker T Washington High School of the Performing Arts. He later dropped out, but picked up his music education courtesy of his uncle who would take him over to the Schooner’s jam in Dallas where he first met Sam Myers. According to Pittman, “Sam Myers was one of the best musicians I’ve ever played with!” Additional guidance and inspiration came by way of local area musicians Mike Morgan and Hash Brown. His first album, “Blues From Dallas,” was recorded in 1996 and later picked up and retooled for his national debut in ’97 as “Burnin’ Up” on the short-lived Cannonball Records label. His second album, “Something’s Gotta Give,” was produced by Jim Gaines and followed in ’98. Pittman toured as rhythm guitarist for Susan Tedeschi briefly in ’99, just long enough to make a television appearance with her on the Conan O’Brian Show. The following year he relocated to Austin and recorded his third album “Full Circle,” backed by Stevie Ray Vaughan’s rhythm section Double Trouble. In 2004, a more experimental and adventurous album titled “Stay” was released. After a much needed break from the music business, as well as some serious soul-searching from 2005-2008, Pittman returned to performing and made a plan to record one album per year. By mid-2010 he already had five independently released recordings under his belt! This flurry of activity eventually led to a new record contract with Delta Groove and plans were immediately set in motion to record yet another album.

“Edge Of The World” marked Shawn Pittman’s tenth release and contains an inspired program of original material by an accomplished singer, songwriter and guitarist, recalling all the vintage tones and ambiance of the great blues recordings of the 1950’s and ’60’s. Even more astonishing is the fact that Shawn plays virtually every instrument on the CD, handling everything from vocals and guitar, to bass, drums and piano, on top of doubling as the album’s producer and engineer! Special guest Jonathan Doyle (Mighty Blue Kings, Jimmy Sutton’s Four Charms, White Ghost Shivers) represents the album’s only other personnel by contributing tenor & baritone saxophone on four songs. When asked to comment about the inspiration behind his latest and most ambitious project Pittman simply states “I’m just playing the music I want to hear!” 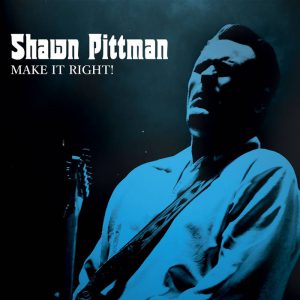