A first-class bluesman with more natural soul in reserve than many singers can summon up at the peak of their powers, Darrell Nulisch testifies with stirring authority on I Like It That Way, his second Severn Records release.
Following up 1998′s The Whole Truth, this strong release presents the big-voiced Dallas native dipping into a varied soul-streaked R&B bag. From the infectious opener, “You Tore My Playhouse Down”–which he adapted from the Ann Peebles’ classic “I’m Gonna Tear Your Playhouse Down”–to ebullient offerings like “Getaway Place” and “Love Changes Things”, he mines a motherlode of deep-blue feeling on B.B. King’s “Worried Blues” and goes to church on the gospel-flavored original “Where My Baby Is.”
Elsewhere, Nulisch wraps his distinctive pipes around faithful covers of Lee Shot Williams’ “I Like Your Style” and Otis Redding’s “Trick Or Treat.” He grooves on a jazzy, organ-fueled interpretation of Otis Rush’s “Mean Old World,” reinterprets his own “After All,” which he had recorded 10 years ago with guitarist Ronnie Earl, and showcases his blues harp chops on the rootsy shuffle, “Once in a Lifetime.”
“I’ve tried to show progression on all my records,” says Nulisch. “And I think this one shows growth in my writing style.” On this release, he is again working in tandem with longtime writing partner Steve Gomes. “Steve and I both lean toward this soul kind of thing. Also over the last few years I’ve gotten into listening to more gospel and jazz, and I think that’s reflected in some of the music on this album
Recorded near his home in Somerville, Massachusetts, “I Like It That Way” features Darrell along with Gomes on bass, Jon Moeller on guitar, Robb Stupka on drums, and Benjie Porecki on piano and organ. Given their natural chemistry in the studio, it’s no wonder that Nulisch’s fourth release as a leader is his strongest and most satisfying recording to date.

Growing up in Dallas, Darrell was surrounded by blues and soul music at an early age. “My Dad and Mom used to take me to these honky tonks sometimes when there would be live bands on Sunday afternoons,” he recalls. Jimmy McCracklin and Freddie King were early favorites, along with a kid in the neighborhood named Jimmie Vaughan. “One of his first bands, the Chessmen, used to practice down in the park about three blocks from my house,” says Nulisch. “I would ride my bicycle down and watch those guys play.”
From the beginning, Darrell exhibited a natural flair for phrasing a lyric, a quality that underscores his relaxed, soulful performances today. He began singing full-time in 1978 as one of the founding members of Anson Funderburgh and the Rockets. Their 1981 recording, Talk to You by Hand, was the first album in the catalog of New Orleans-based Black Top Records. After spending seven years as front man for the Rockets (also appearing on 1985′s She Knocks Me Out!), Nulisch put in a year with Dallas-based Mike Morgan and the Crawl before joining forces in 1987 with Boston-based Ronnie Earl and the Broadcasters. He cut two albums as their front man (Soul Searchin’ and Peace Of Mind) before leaving in 1990 to form his own band, Texas Heat (Business as Usual).
Nulisch continued to mix blues and soul on aptly named Bluesoul, a 1996 release, and on The Whole Truth, his debut for Severn Records in 1998. He takes that earthy formula to a new level on I Like It That Way, delivering bluesy and sweet soul music with an authoritative and refreshingly unaffected voice. 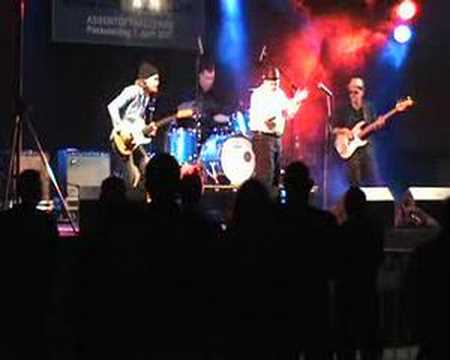 “I never tried to beat anybody over the head with my stuff,” says Nulisch of his relaxed, emotionally rich style. “I’ve tried at times to push a little bit harder, but it doesn’t work for me. I don’t feel comfortable doing it and I don’t think it’s a true representation of my style or what I am. You have to be who you are and just hope that people catch on to what it is. And the people who get it really dig it.” Blues and soul fans will have lots to dig on I Like It That Way.