“The best blues evokes the way we make it through the world and the way we make sense of what happens to us. Which is to say that there is a hugely charming conversational quality to Lynn’s delivery of a song, in the fashion of a friend who’s confiding lust and loss, pain and resignation.”
– rambles.net, review of I’ll Sing The Blues For You

“If you want spit and polish, look somewhere else; if you want spit in the palm of your hands to help you hold on tight, this is the lady!”
– Jazz Weekly

“Already at the top of her game, with the freedom to do it her own way, this might be a smoking set of traditional urban blues but it’s smokingly in the moment as well because her vibe is timeless. Killer stuff.”
– Midwest Record, review of I’ll Sing The Blues For You

Trudy Lynn, 68, was born Lee Audrey Nelms in the Fifth Ward, Houston Texas. In addition to her parents’ 78s, she had a lot of casual contact with blues and R&B performers because her mother ran a beauty shop by the Club Matinee. Lynn would walk there from school trying to catch a glimpse of acts like Joe Hinton or Bobby “Blue” Bland, who would play the venue. She wasn’t able to get closer to the music than the club’s door. “There wasn’t any going in there,” she says. “The way we were raised, everybody could whup your butt in the neighborhood. The neighborhood raised all the children where I grew up, not just your parents.” Lynn’s parents didn’t push music on her, nor were they discouraging. She sang in a vocal ensemble at Wheatley High School. Her first break came as a teen when late blues great Albert Collins – playing with Big Tiny and the Thunderbirds – invited her onto the bandstand at Walter’s Lounge on Lockwood. She sang “Night Time Is the Right Time.” “I was in, baby,” she says. “I said, ‘Oh yes, this is what I want to do. This is what I want to do.’ ” 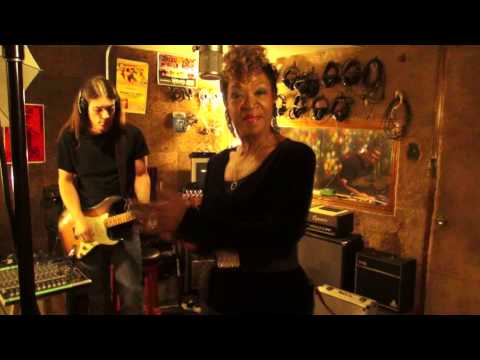 After high school, Lynn went to visit her aunt in Lufkin, where a club called the Cinderella needed a singer. She decided Lee Audrey Nelms wasn’t going to cut it as a stage name. The club had a bunch of cartoon character names painted on the wall and she noticed “Trudy,” which she quickly paired with Lynn. “Lynn was something in those days,” she says. “Gloria Lynne, Barbara Lynn. I thought, ‘I’m going to be one of those Lynns, too, baby.’ ” Her repertoire was limited: “Stormy Weather,” an Etta James song called “Tell Mama” and a third song she can’t recall. But Lynn set about expanding her song book. She found some work singing in big bands that would play military bases around the state and also sang soul music for a time. The great guitarist I.J. Gosey took notice and recommended Lynn to Clarence Green, a blues guitarist and bandleader. Lynn spent five years as vocalist in his band. Green was a stern mentor, but Lynn credits him with helping her become a professional. “He molded me well,” she says. “He’s still in me because of what he taught me. It takes that. It takes that. It takes that.” After leaving Green’s band, Lynn began performing on her own. 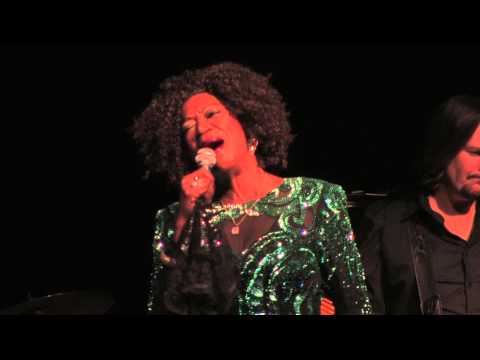 She made a fine single “What a Waste/Long Live the Blues” in the early ’70s, which helped her with some bookings, but Lynn recorded only sporadically. For years she struggled to get recorded in a manner deserving of her talent. John Abbey, a British fan who moved to Atlanta started an independent label there in the 1980s called Ichiban Records and provided the best platform for Lynn to that point. Lynn’s time at Ichiban saw here perform at major festivals around the globe and likely peaked in 1993 with “I’ll Run Your Hurt Away.” While at Ichiban, producers had a strong hand in directing her recordings. Since joining forces with harmonica wizard Steve Krase and the Connor Ray Music label in 2014 Lynn has played curator for herself. She has been written her own songs that blend nicely with the vintage songs. The songs are mostly about good times and bad men. “Each one of these songs means something to me,” she says. “I truly understand something about each one of them.” Her debut release on Connor Ray Music “Royal Oaks Blues Café” reached # 1 on The Billboard Blues Charts in 2014 and the 2015 release of “Everything Comes With a A Price” was 4 months on the Living Blues Charts. Her latest album, I’ll Sing The Blues For You, peaked at #6 on the Billboard Blues charts. 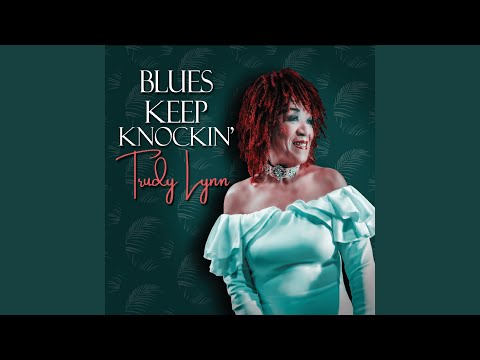